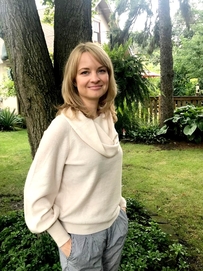 I am an Assistant Professor in the Department of Linguistics at McGill University. I obtained my dissertation from the University of Chicago. My primary research interests lie in cross-linguistic variation in the domains of morphology and syntax. The overarching goal of my work is to uncover operations responsible for the building of syntactic structures and the role of other modules of the grammar, especially morphology, in their final shape. To that end, I explore the cross-linguistic uniformity of syntax, while identifying ways in which certain phenomena that superficially appear to be syntactic can in fact be relegated to other modules of the grammar. Specifically, I have come to believe that many phenomena that are thought to be syntactic, but that exhibit idiosyncratic, language-specific characteristics, can be explained by attributing them to morphological processes that obscure the surface output of syntax.

I also did some work in phonetics/phonology, where I am especially interested in word-accentual systems.

I collect data primarily through fieldwork. For the past 9 years I have worked extensively on Wolof, a Niger-Congo language spoken in Senegal. I have recently also started working on the Nigerian language Igala.

Some topics I have worked on: